Basgo Monastery is one of the oldest and most influential monasteries in Ladakh. Naturally harsh weather and vagaries of nature has worn the Monastery down and has damaged many of its features and structures. 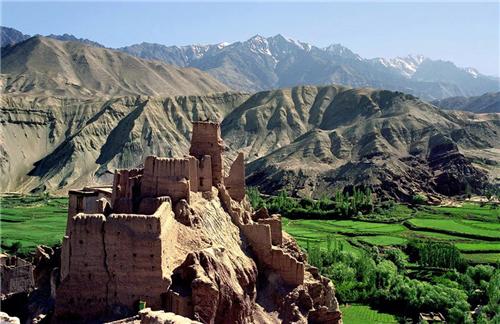 UNESCO  has taken firm steps upon recognizing the critical importance and significance of the Monastery in the history of Buddhism and now Basgo Monastery in Leh has been declared as one of the precious 100 heritage endangered sites in the world. Know more about the Basgo Monastery.

Ladakh was a geographically important place and was critical from the military view point. It was no wonder that Ladakh was attacked about 6-7 times in the distant past by aggressive Muslim invaders and Muslim leaders who heralded from Central Asia. Following the warfare that happened in the area; Ladakh was divided into two parts; upper Ladakh and Lower Ladakh.

Lower Ladakh was ruled by royal siblings King Takpabum and Temisgam while Upper Ladakh was ruled by king Takbumde. Monarch Basgo subsequently took on the name of Namgyal and he then went on to establish a new kingdom which still has traces of existence in the present modern times. King Basgo also established the Basgo Trust which gave birth to the Basgo Welfare Community. In 1993 the committee known as Basgo Welfare Committee took a firm determination of guarding the rich Buddhism heritage of Ladakh. 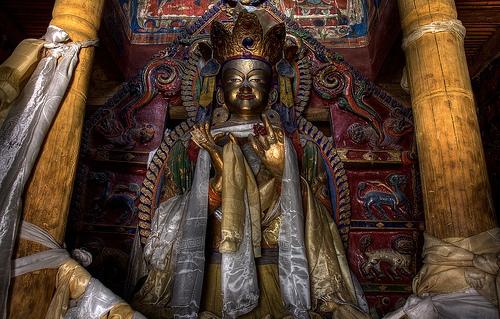 The Basgo Gompa or Basgo Monastery is mentioned several times in the history of Buddhism as there was a fort at this point which used to serve as the functioning capital of the Longs. The descendants of the Long community went on to become members of Namgyal community in Ladakh. A 3 year siege was held in this fort as well as severe Dogra wars of 1834 have damaged the walls of the structure.
The Basgo Monastery and Fort were both set up in the year 1680 and they were made of mud. The Fort has now been damaged but the Monastery is undergoing reconstructive work.

The Architecture of Basgo Monastery is authentic Tibetan and has a huge compound sheltered with walls around it. There are 3 temples and a big Basgo citadel in the Monastery complex. Monarch Gragspabum and his descendants are credited with earlier and maintenance of these structures. The three temples in question are dedicated to three earliest representation of Maitreya Buddha and they are made up of mud. Incidentally Maitreya Buddha is believed to be the 5th reincarnation of Sakyamuni.

Although all 3 temples are simple in terms of outer appearance, the interiors are rich with colorful paintings, ancient Thangkas and golden religious paraphernalia. There are many pretty illustrations of Sakyamuni, Buddhist Gods and Padmasambhava deities inside the Basgo Monastery.
Out of the 3 temples the biggest is Chambha Lhakhan which can be accessed only by steep flight of stairs as its right on top of hilltop. The ruins of magnificent Basgo village can be seen spread out under from Basgo Monastery. 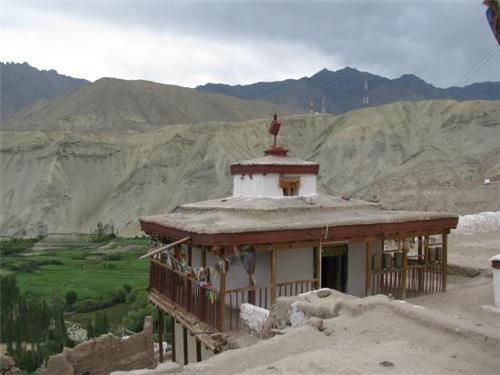 There are scripts written in silver and gold in transcripts kept in Lhakhung which is the 2nd temple of Basgo Monastery. The third temple is called Chan Chung and it is a great spot for photography. There are a number of marvelous celestial paintings here.

How to Reach Basgo Monastery

The Monastery of Basgo is some 40 kms away from the capital town of Leh. You can take a shared cab from Leh to reach Basgo but the roads are not pleasant. Bus service is also available from Leh to Basgo.