Leh is the land of blissful natural bounties and heavenly pleasure. The region is surrounded by rough mountains and has arid climatic conditions. Physical features affect the facial features, social practices and eating habits of the people of Leh. 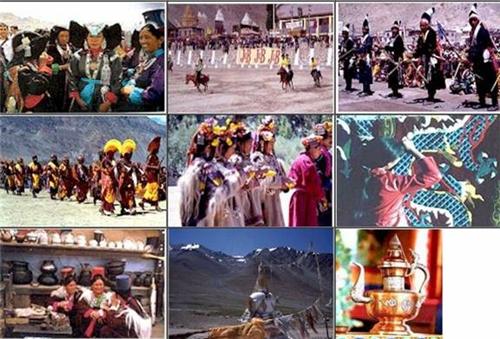 Leh has rich cultural heritage and it is one of the main reasons why people from all corners of the world keep coming here. Tourists come to this land to know and feel the culture and lifestyle of Leh Ladakh. Read this article to know about people, their ritual practices, festivals, religions and culture of entire Leh area.

Leh is a place that lies in the remotest part of India. There is hardly any similarity between the people of rest of India and Leh. The people of Leh and their lifestyle & culture are greatly influenced by the geography of this region. Basically, Ladakhis are originated from the Dards. Dards are the people of Indo-Aryan origin and used to inhabit in Gilgit and Indus areas. Dards were overshadowed by the Tibetan immigrants who entered this region in large numbers. 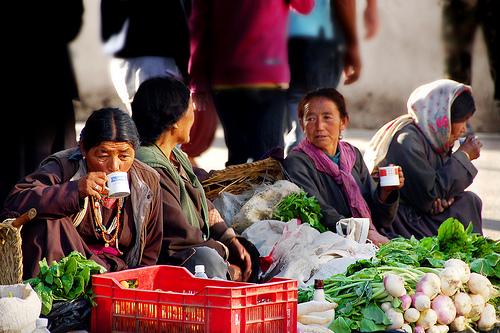 Over the period of time, people of Leh had started acquiring the characters and practices of Tibetans.

Lifestyle of people in Leh is influenced by the Tibetan Lifestyle. People here practice rituals and other social practices like the Tibetan people. Religious activities of Leh are organized in the monasteries or gompas. Local people flock in these gompas during the Buddhist festivals. Women are given very important place in the society. They actively take part in different types of religious and social occasions like marriages and childbirth.

People of Leh take foods that are originated from Tibet. Tsampo and Thukpa are common food items of Leh. Cuisines of Central Asia and few parts of India also influence food habit of people in Leh.

Arts and Crafts of Leh

Leh has very ancient history of arts and crafts. The arts and crafts of Leh are highly influenced by the Tibetan Culture. Since ages, people of this region have been expert weavers and artisans. With time, local arts and crafts of Leh have reached to an extraordinary height and have got acclamation all over the world. Metal works, hand woven woolen items, carpets, pattu works, thangkas etc. are popular craft items of Leh that tourists collect in great numbers. Baskets made of willow twigs, metal or bead jewelry items of this region depict expert craftsmanship. Most of the architectures of Leh follow the architectural style of Tibet and you will get to see images or idols of dragons in these architectures.

Leh organizes many types of festivals. Travelers prefer to visit this heavenly place on the occasion of various festivals and events. 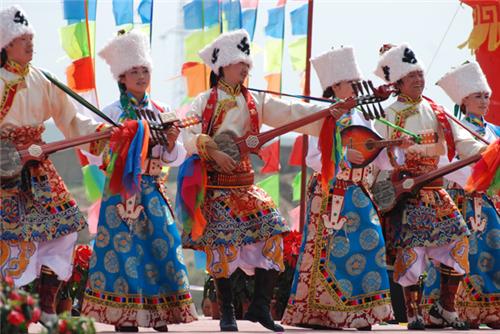 This festival is celebrated for 15 days and is organized in the month of January/December. Preparation for this festival starts about one month before. Houses are decorated, local dances and songs are performed. On the day of the festival, procession is organized on the streets of the city.

Ladakh Festival is celebrated in the month of September from 1st-15th. The festival is not an occasion of joy and fun for the people of Ladakh only but the vibrant colors of this festival attract people from all over the world. Leh gets flocked with people during this festival time. Dances and songs are performed by locals who wear jewelry items, masks and other traditional dresses. Traditional sports like Polo and archery are also organized during this festival. School children and monks also form teams to participate in this festival.

Leh is the place where you will get to see and feel the amalgamation of all religions. Majority of people in Leh are the followers of Buddhism. Find here the information about various types of religions in Leh. 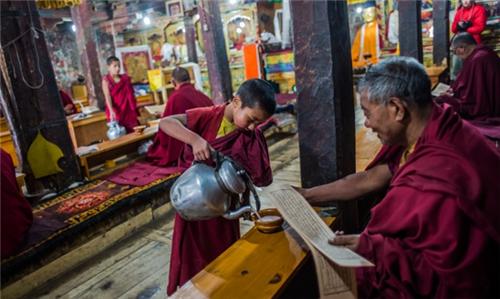 Buddhism is deeply rooted in Leh. Buddhism has been introduced in Leh-Ladakh region in 7th century AD. Leh is one of the few areas where Mahayana Buddhism is in practice. It is also called Lamaism. Mahayana Buddhism is the combination of Tantric practices of the Hindu religion and animastic Bon Beliefs. You will get numerous gompas or monasteries in Leh.

Due to invasion from the surrounding regions, Leh-Ladakh was under the influence of Islam for centuries. You will still get many believers of Islam in Leh. The majority of Muslims living in this region are Shia Muslims.

A small numbers of people of Leh-Ladakh region are the believers of Christianity. Leh has a church which was constructed centuries back.

Comments / Discussion Board - Culture of Leh