Fairs and Festivals in Leh

When it comes to merry making, Leh fairs and festivals offer enough opportunities to the local people to meet each other and these occasions are also very special for the tourists because they get to know about the culture and rituals of Leh through these festivals. Interacting with the existing acquaintances and getting new friends happen during these special events. 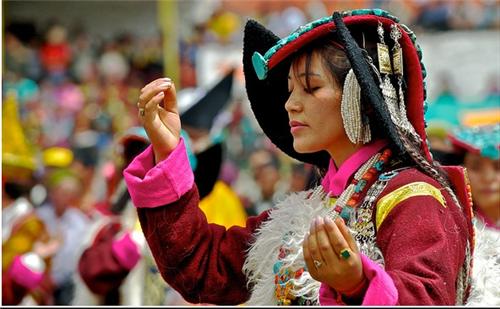 Dosmoche Festival is also called the festival of scapegoat. It is celebrated with a great enjoyment in this city. The festival falls in the 2nd fortnight of February month. It is also one of the festivals to mark New Year in Leh. The other festival to mark New Year in Leh is the Losar Festival. On the occasion of Dosmoche Festival, small idols are made with dough and after performing the proper rituals; these idols are thrown away into the desert or are burnt. 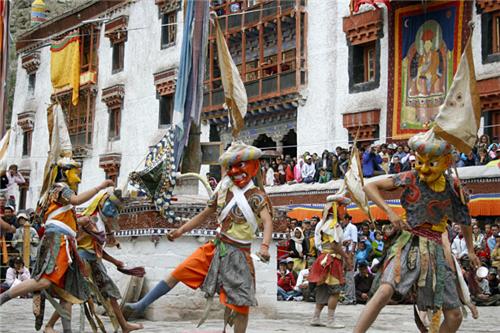 It is believed that with these idols (scapegoats) bad spirits of the past year are also thrown away and the New Year will bring prosperity and joy for all. The entire city cleaned and decorated to welcome the New Year.

This festival that is celebrated to welcome the New Year in Ladakh lasts for 15 days. It is celebrated in the month of December/January as per the Lunar Calendar. The festival is celebrated at the Gompas and Buddhist monks actively participate in the rituals of this festival. Festival rituals are also followed at the domestic shrines. 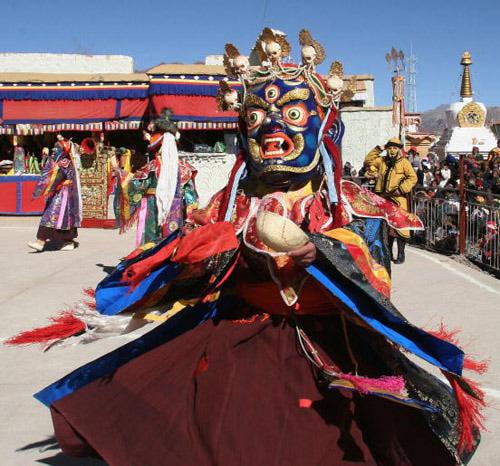 Hymns are chanted and fire torches are carried. Stage fights are also arranged to mark the fight between the good and the evil. On this occasion, Ibex Deer dance is arranged. Dances and songs are performed by the local artists. The date and the location of Losar Festival change every year as per the Lunar Calendar.

It is one of the most important and the most popular festivals of Leh. It is celebrated during the months of June and July. This festival is celebrated to mark the birth of Padamsambhava. As per the legends, Guru Padmasambhava had fought with the demons to protect the people of this region. 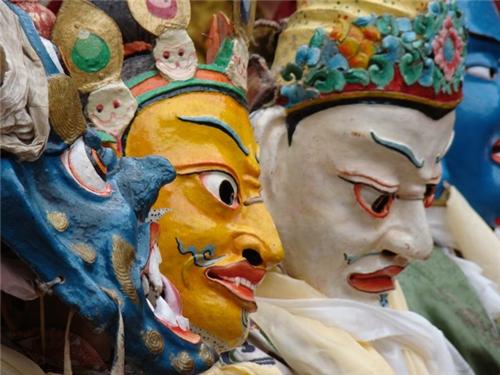 After every twelve years, a huge thangka, the religious icon of the Buddhists, is displayed during the Hemis Festival.

This festival is celebrated all over Ladakh including Leh City. The festival is celebrated to commemorate the birthday of Tsongkhapa, a Tibetan scholar cum saint. This festival is also celebrated to commemorate the Buddhahood of Saint Tsongkhapa. In 14th Century, he had founded Gelukpa School, a school where Tibetan Buddhism is preached. All the residential, public and Buddhist monasteries are lighted beautifully on this occasion. The New Year Celebration of the Ladakh Region starts with Galden Namchot Festival and it continues till Dosmoche Festival in Ladakh Region. During Galden Namchot Festival different types of traditional foods are made e.g. soups, vegetables etc. Khatak, a traditional scarf used during ceremonies is presented to each other by the locals. 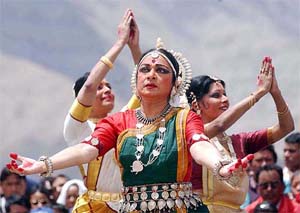 Sindu Darshan Festival, as the name indicated is a festival associated with River Indus. The festival is organized in the Leh City by the state government in the month of May/June. On this occasion, people from the entire region come to get a glimpse of River Indus and worship the river.

River Indus or Sindu symbolizes the rich culture of Ladakh Region. People of all castes and creeds take part in this festival thereby it is a festival that showcases communal harmony and peace. The festival is also considered as an occasion when tribute is given to the brave soldiers of our country.

Ladakh Festival is celebrated for 15 days. It continues from 1st-15th of September. Many types of events are arranged during this festival. The main objective behind organizing Ladakh Festival is to promote the ancient rituals, traditions, culture and rich heritage of Ladakh Region. A grand celebration happens for Ladakh Fesival all over the region including Leh. Local performers sing and dance, archery and polo events are arranged and exhibition of local arts and crafts is done.

Comments / Discussion Board - Fairs and Festivals in Leh