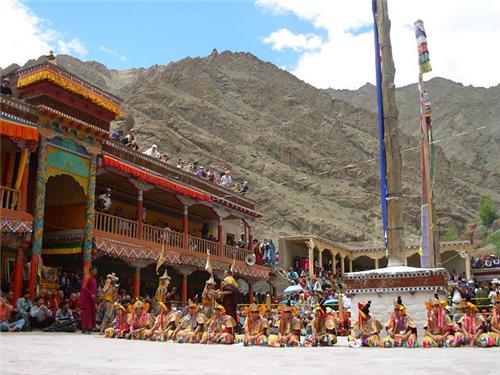 The common people residing in Ladakh lives a very ordinary life and the festivals that take place throughout the year is just a relief for them. Ladakh is famous for all the Buddhist festivals. Galdan Namchot Festival is one such festival that takes place in all the monasteries of Ladakh. The unique feature of this festival is that during this festival all the housing complexes as well as the monasteries lit up with colorful lights.

This festival marks the beginning of a year and the entire festival continues till the Dosmoche Festival. Another famous custom of this festival is that during the festival residents of Ladakh prepare traditional food items. Among these traditional food items ‘Thukpa’ is a must. This is a vegetable combined with mutton noodles soup. Relatives and closed ones visit each other during these days and the festive mood of the people goes high. 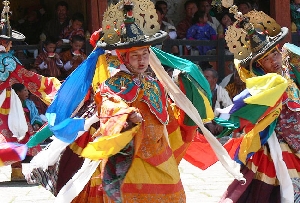 All the ceremonies during this festival are performed by the head monk of the monasteries. It is believed that the head monk holds some special power within him and hence it is always a good sign if the head starts with the ceremony.

The head monk sits on a chair located centrally in the courtyard of the monastery. All the other monks surround the head monk and sit either on the mattress or on chairs. 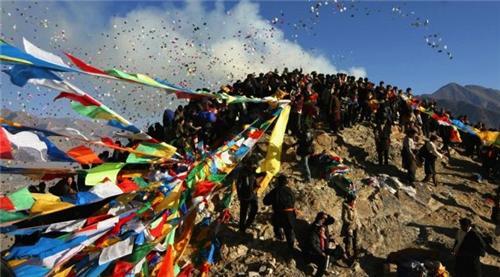