Ladakh will leave you stunned with its sheer beauty and mysterious appeal. Apart from the amazing landscape and the tranquility, the culture of the Ladakh Buddhists will enthrall you by their quaint customs and strong spiritual message. One such festival is the Karsha Gustor festival which is celebrated in Karsha (biggest Monastery in Zanskar). This festival has masked dance, quaint music and spiritual chants which continue for two days. The festival of Karsha Gustor is one of the best things you should check out if you are interested in the quaint culture of Ladakh and dance. 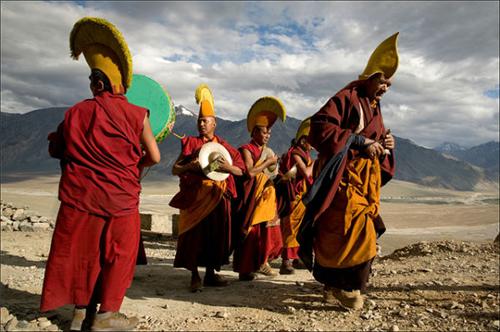 Karsha Gustor Festival celebrates the victory of the spirit of goodness over evil forces. This festival is celebrated by the renowned Yellow Hat order monks or the Gelupka order monks who have established their own monastery called the Karsha Monastery on the Zanskar mountain ridges which lie alongside the Padum Plains. Zanskar is a sparsely populated region and the Zanskar Monastery in comparison contains a robust number of Monks.

The Karsha Monastery is located at a picture perfect location which lies about 12 km away from Padum which is the capital of Zanskar. The festival is called Karsha Gustor as it is held in “Karsha” Monastery and consists of “GUSTOR” or charm infused sacred dances mostly to drive off the evil spirits and celebrate the birthday of Tsongkha-Pa who was the illustrious founder of Gelupka order. Another meaning of Gustor is sacrifice on the 29th day. This is why the Gustor festival which is an indicator of progressive Buddhism is held in Spituk, Karsha and Thiksey Monasteries with the same purpose but at different times of the year.

The celebrations are continued for two days with great pomp and show. Dancers wearing brilliant costumes sway to the chants uttered by Gelupka monks while the onlookers slowly enter into a religious trance like state. Fierce dances depicting, the atrocities committed by Lhang Dar-Ma and his subsequent killing by Tibetan Monk of Gelupka order in 19th century. Other acts of treachery, cowardice, jealousy, sin and other forms of evil are also enacted along with glorious dance drama depiction of how good finally triumphed over evil. 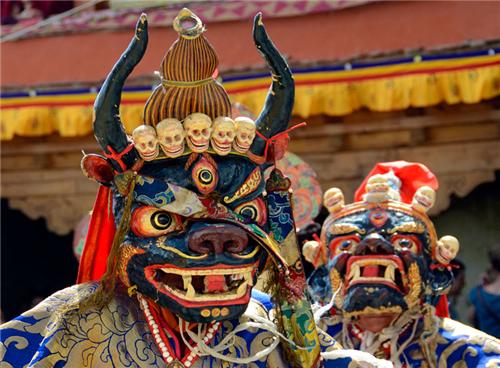 The timing of the Karsha Gustor Festival is fixed according to lunar movements and was held this year from July 23rd - July 25th. Usually this festival is held either in July or August.

The beginning of the festival is marked by the preparation of the sacrificial cake or Storma which is an indicator of evil force. The monk of the Black Hat order cuts the cake into two at the flag end of the festival.

This is called the Argham which is also known as the Killing. The ritual embodies the spirit of Padmasambhava who was the 2nd manifestation of the Holy Buddha.