Leh is the land of wild untamed terrain, pure hearted people, ancient lore and a deep religious and cultural spirituality. Most people here follow Buddhist religion and there are lots of old and famous Monasteries in Leh which have interesting myths and amazing stories attached to them. There are ancient 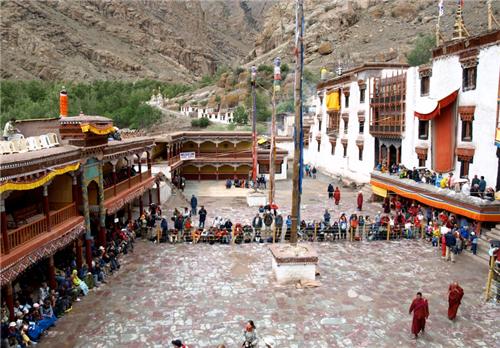 Thangkas, forgotten religious texts, rows of scriptures and gold and silver Idols which had been long hidden away from mankind because of the inaccessibility of Leh (Leh’s capital). The Monastery Circuit was a term coined by Leh Tourism which wants to expose the rare spiritual and architectural beauty of Monasteries in Leh-Leh by taking along tourists on a guided informative tour.

Features of Monastery Circuit in Leh

Leh has a vast cold and fierce landscape which are interspersed with desert vegetation, arctic shrubs, patches of green, two humped Bactrian Camels and lots of Monasteries presiding over isolated little hamlets. Tibetan Buddhism which is the base religion behind these Monasteries is segregated into various sects and several of these Monasteries belong to different Buddhist Sects. 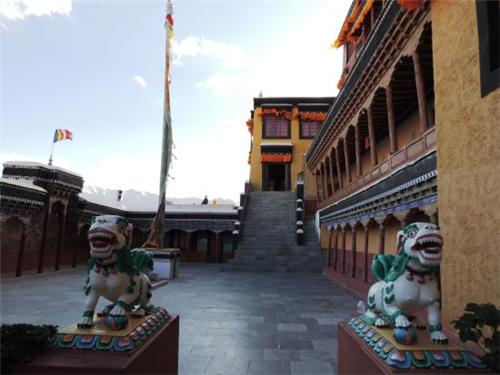 Most Monasteries are situated in isolated patches of lands while some like Satanka Monastery are perched on top of hills. It’s interesting to observe the similarities and differences in idols, adornment and décor of these Monasteries as they indicate the basic features of the Tibetan Buddhism religious sect they belong to. Interestingly the archeological survey of India recognizes the spiritual importance and architectural rarity of the Monastery Circuit of Leh and has named them as structures of national importance.

Different Monasteries Within the Monastery Circuit

All the monasteries those come under the the monastery Circuit are discussed in details below:

This is one of the most famous and oldest Monasteries in the Monastery Circuit and is well known for the stately structure and valuable Buddhism artifacts preserved within its walls.

Exquisite carvings of wood and metal and traditional Buddhism sculpture work have made the Alchi Monastery famous. Read More Here. 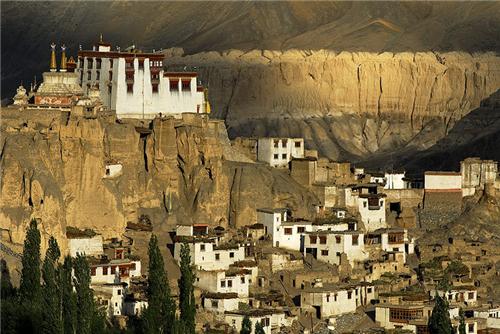 This hosts the Hemis festival which is a wild extravaganza of music and dance held in the 11th Buddhist month of the calendar. Read More Here.

The Likir, Spituk, Sankar, Shey, Phyang are other famous monasteries in the Monastery circuit of Leh. Some of these Monasteries overlook flowing rivers while others stand on lofty hillocks. There are also Monasteries with acres of beautiful land around them. Bollywood movies like Tashan and Dil Se have cinematic mentions of the Leh Monasteries and their landscape. The award winning movie Frozen also has sequences of these monasteries.