Ladakh is well known for all the famous monasteries. Another reason for Ladakh’s popularity is the festivals and traditions that take part in these monasteries of Ladakh. The famous event makes Ladakh all the more colorful and vibrant. Saka Dawa is one such famous festival of Ladakh. 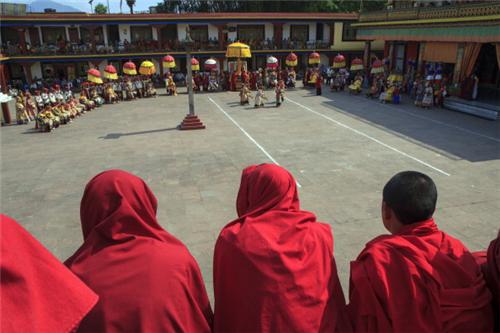 According to the Tibetan culture and tradition “Dawa” means months and “Saka” is the name of a star that is closest to the earth. Saka Dawa means the fourth month of the Tibetan Buddhist calendar. According to the Buddhist culture in this month Lord Buddha’s birth, enlightenment and death all occur. Hence this is a very special month in the Buddhist culture and tradition. The 15th day of the fourth month of the Tibetan calendar is considered to be the most holy day. In this day it is believed that Lord Buddha’s birth, incarnation and death occurs and hence this is the day for the Saka Dawa festival. Generally this festival is celebrated in the month of June.

About Saka Dawa Festival in Ladakh 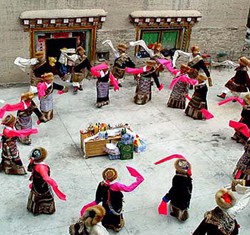 This festival is considered to one of the most important festivals of the Buddhist followers. This is the only festival that signifies so many important events like the birth and death of Lord Buddha. The festival starts with all the monks gathering in the courtyard of the monastery and then taking pledge. These monks take eight pledges all together which includes pledges like not to kill any one, not to steal and many more. Since this festival directly connects you with the birth and death of Lord Buddha this festival is the most popular one. All the followers along with the monks lit up candles and incense sticks in front of the statue of Lord Buddha.

This festival involves a lot of offerings from different sects of people. The monks began the festival with their prayers. In the middle of the day lunch is offered to poor people. All the monasteries involve in cooking food from the morning and in the afternoon before the monks start their lunch they feed the poor people. Monks also donate money and clothes to poor people during this festival. Not only have the monks local people also involved in donating to the poor people. It is believed that the good deeds performed in this month rewards 300 times more.

The ceremony starts sharp at 10 am in the morning with proper meditation performed by the monks. Local people also involve in this meditation. At 1pm starts the special Puja done in order to pay homage to Lord Buddha. This puja can only be performed by the monks. At 2 pm a movie is telecasted. This movie shows the entire life history of Lord Buddha and different ways in which he purified earth. At 4pm starts another special puja in order to satisfy Lord Buddha. At 7.30pm lighting ceremony takes place where everyone lights candles in front of the idol of Lord Buddha. 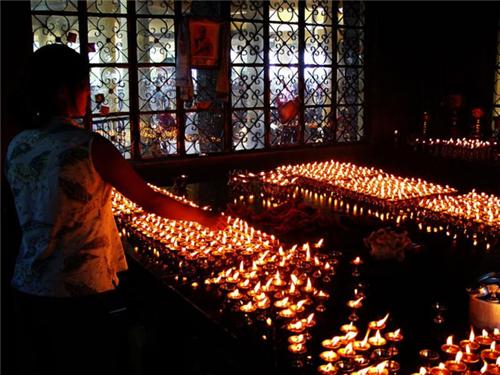