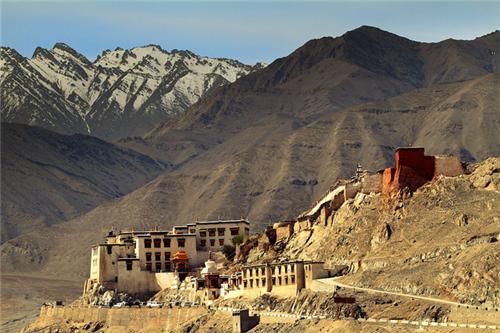 Spituk Monastery or Spituk Gompa is one of the most famous monasteries in Leh which is the capital of Ladakh in Trans Himalayan region.  This monastery has a rich history and boasts of several rare and precious Buddhist artifacts like antiques Thangkas which are a source of great attraction to tourists, historians and scholars.

The Spituk Monastery is visited by hundreds of pilgrims every year along with national and international tourists as the place holds a special significance in the history of Buddhist religion. The site of the Spituk Monastery was specially blessed by Arhat Niymagung; a prominent spiritual leader and scholar in Buddhism.

The elder sibling of the famous Lama Lha Changchub Od who was known as Od De was involved in the promotion and supervision of the construction of this monastery. These monks were also the preemptors of the exceptionally spiritual religious community which originated in the Spituk Monastery. 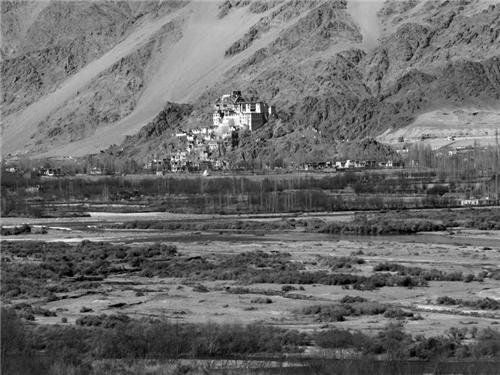 The famous scholar Lotsewa Rinchen Zangpo who was also known as the Translator in India and China noted the excellence of the practices of the monk community residing in Spituk and then the monastery derived the name of excellence (Spituk). However due to the harsh climate and the vagaries of nature in Ladakh the Monastery was broken down in many parts. The Buddhist monarch Dharma Raja Grasgapa Ide was responsible for the resurrection of the Spituk Monastery along with help from famous Lama Lhawang Lodos. The order of stainless or Toshopka order was established in Spituk Monastery and it still continues today in the form of Red Hat institution.

Structure of the Spituk Monastery

The Spituk Monastery is built in a non traditional manner perhaps to exemplify the exceptionality of the place. There is a series of widely spaced tier like structures attached to spacious courtyards and a series of steps. This is a 15th century Monastery and many icons and images found of Buddha in this monastery reflect the religious sentiments of that period. 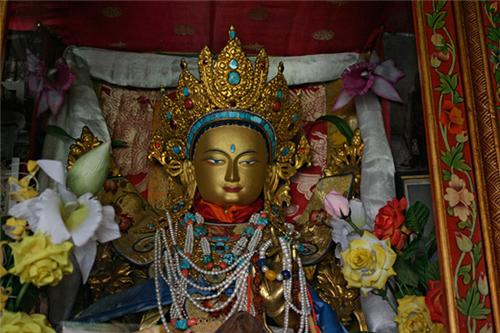 There are 5 ancient Thangkas in the Spituk Monastery which hold special interest for tourists. There is an assembly or Dukhang Halls with parallel rows of running seats climaxed by a majestic throne at the end. There are lots of Chortens and scriptures denoting Buddhist iconography in the hall. Ancient Chortens are tomb like structures containing religious Buddhist iconography and spiritual artifacts inside.

Spituk Festival is a two day spiritual extravaganza which is organized on the 17th day and the 19th day of the 11th month of the Buddhist calendar. The festival of Spituk is normally exclusively propagated by monks of the Gelupka order. Spituk festival is also known as Gustor and elaborate dance rituals are performed with great fervor by local Ladakh townspeople as well as monks and students staying in Spituk Monastery. 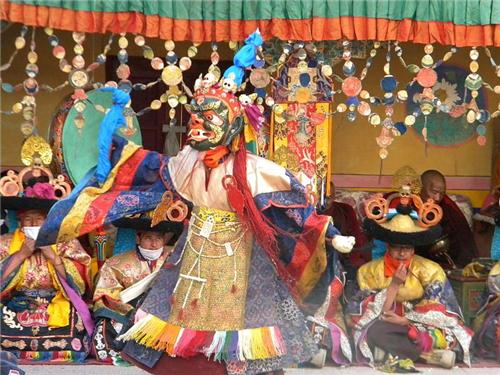 The differentiating factor of this festival is the custom of wearing gorgeous masks and enacting episodes of mythology and Buddhist religion through the uses of dance and drama. Most of such stories center on the defeat of evil by good.

How to Reach Spituk Monastery

Reaching the Spituk Monastery will take you through 18 km of wild fierce Himalayan land but the spectacular view will be well worth it. The Monastery itself is on a considerable elevation and you can see the mighty Indus River flowing alongside. It’s possible to reach Spituk Monastery in one hour from Leh in a Jeep or car.