Leh is full of wondrous places and beautiful tourist spots which can fire the imagination of the average nature loving tourist. If you are a dweller of cities then the pristine wilderness of the Leh landscape will charm you no end. Be it the royal palaces or the majestic forts or enigmatic Magnetic hill Leh has no dearth of surprises. 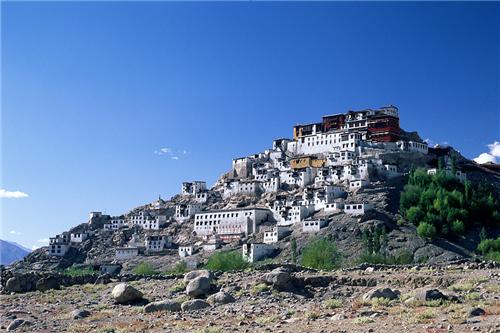 If you go to Leh make sure that you have at least 10 days in hand for visiting all the places that Leh has to offer. While there are hundreds of places of interest in Leh, the top tourist spots are described below.

Hall of Fame in Leh

The Hall of Fame in Leh is a must visit tourist spot in Leh for every Indian. Visitors to Leh often forget the grand history and struggles of the soldiers as they fought wars on the Indian border. The Hall of Fame is a museum which is dedicated to the heroism and bravery of soldiers (mostly who died on the battle field) and their stories. Most of the displays in this museum are in the form of photographs. 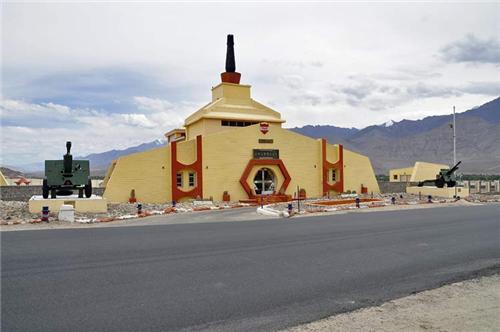 However various types of war equipment like artillery, guns, and cannons from the Indian Army are also on display there. Personal family photographs of the soldiers make a visit to the Hal of Fame an emotional as well as knowledgeable journey.

The Royal Namgyal family of Leh had left rich evidence of their existence in Leh. This Palace has now been converted into a semi museum where the public is allowed to see (but not photograph) objects that belonged to the Royal Namgyal family. Sometimes painters from Scotland, England and China exhibit their paintings in the main hall of the Leh Palace. There is a guided tour of the Palace premises also available on request. This tourist spot offers a great view of surrounding mountain ranges and the cold beautiful landscape of Ladakh.

The Namgyal Monarch fled the Leh Palace to the beautiful Stok Palace in 1545. It’s amazing to note that the descendants of the family still stay in Stok Palace. The shrine inside the Palace Complex along with the exhibition hall is extremely beautiful so don’t miss visiting it. Unlike Leh Palace, Stok Palace offers ample opportunities of photography so tourists flock here to get some amazing pictures of the royalty of Ladakh. 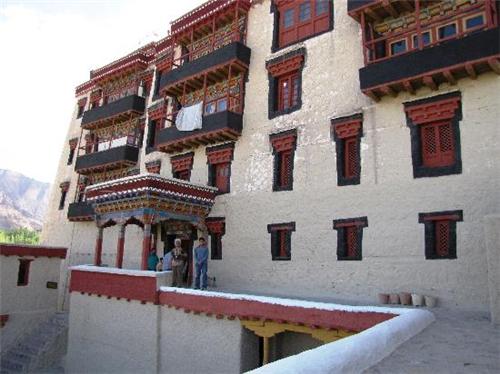 The Stok Palace has a personal library with a fine collection of books on the history and culture of Ladakh.

The Dogra warriors of Leh had long protected the sanctity and wealth of Leh by shielding it from the influence of Chinese invaders. There was an army of Dogra warriors operating under the leadership of Zorawar Singh who is a local hero and a fierce erstwhile warrior. After his demise the Fort where he used to keep the wealth of Leh shielded from the eyes of invaders became famous. This Fort was named as General Zorawar’s Fort and it contains a Masjid as well as Hindu Kali temple inside it. This tourist attraction of Leh is significant for the spirit of communal harmony that it indicates. The General Zorawar’s Fort commands an excellent view and is a good spot for photography.

If you are interested in mysticism and religion then the Vajra Bhairav Shrine in Leh is a must visit tourist spot for you. There are umpteen Monasteries in Leh but this shrine is of a completely different personality. There are ancient and terrifying paintings in the shrine which are said to affect the tourists who come to visit the place. The idols will awake an instant devotion and fierce obedience in your heart if you are brave enough to face them. This shrine is known as the Temple of Horrors and is one of the top tourist attractions in Leh. 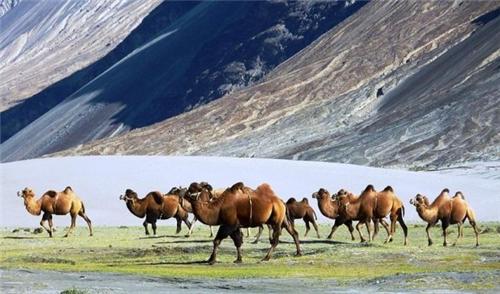 The sand dunes have Bactrian two humped camels that are only found in Ladakh.

The Tsemo Fort in Leh is famous for its huge 8 m long huge golden statue of Maitreya Buddha. This is one of the biggest Lord Buddha idols in India and is mostly guarded by the Fort soldiers. You can distinguish the Tsemo Fort from a large distance because of the thousands of flapping red flags and the rugged creeks on which it stands. The Tsemo Fort has made its appearance in many Japanese and Chinese movies and is indeed a very picturesque place. Don’t forget to visit the famous 15th century shrine inside the Tsemo Fort in Leh.

About 30 km away from Leh lies the famous Magnetic Hill that has defied gravity and nature. Tourists visit this hill in groups and leave their cars in neutral gear in the boxes marked with white paint. You will be amazed to see the car climbing up on its own on the hill at an average speed of 10 to 15 km per hour. This is the only place in the world where a vehicle will move uphill when the ignition is off. The Magnetic Hill is a must see for any tourist who visits Leh or any part of Ladakh as it offers a unique experience.