Ladakh is a land of big surprises both in terms of its culture and flora and fauna. The famous Austrian Paleontologist Ferdinand Stoliczka studied the Ladakh wildlife in great detail and wrote several books on it. The fauna of Ladakh is reminiscent of animals and birds found in Central Asian heartlands and plateau of Tibet. 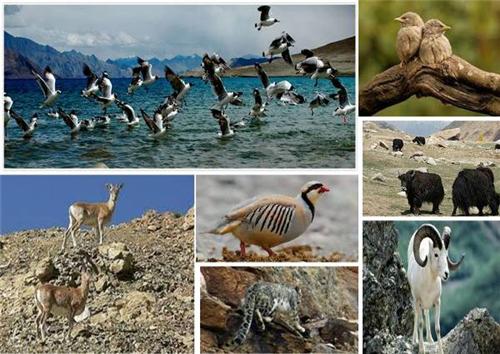 Many birds migrate from the warmer Indian climes and come to Ladakh to spend the summers thus enriching the wildlife there. The Tso Moriri Lake and Hemis National Park are the two prominent areas where many exotic birds and animals can be found.

Ladakh has claims to an amazing variety of birds like finches, robins, gulls and redstarts. There are two types’ f birds in Ladakh; resident birds and migratory birds. Resident birds like Brahminy Duck, Sheldrake and Bar topped Geese’s are native to Leh and Ladakh and you will rarely see them in any other geographical region of India. There is a species of bird names as Black necked crane which is also a resident of exclusively the Tibetan Plateau and Ladakh. The Tibet Snowcock, Red beaked Chungka and Partridge are also natives. One of the most magnificent birds here is the Golden Eagle and ornithologists and bird lovers from all across the world visit Ladakh to see this gorgeous bird. Another rare species of bird is the black necked Crane and it is found nesting and making its home in the Ladakh desert. 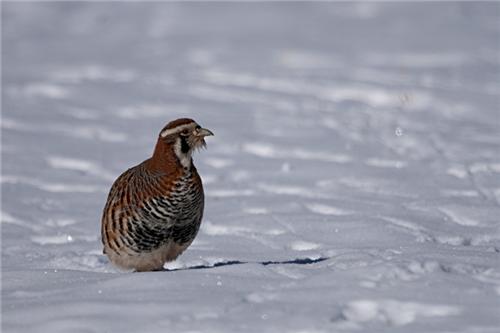 A comprehensive list of all types of birds found in Ladakh is given below.

Unusual and Endangered Birds of Ladakh

Here's the list of the birds those are endangered due to the climatic changes and other reasons.

Here's the list of the birds of Ladakh those are rare and are found in remotest places of Leh Ladakh only.

Below is the list of the birds those are a common sight in Leh Ladakh region. 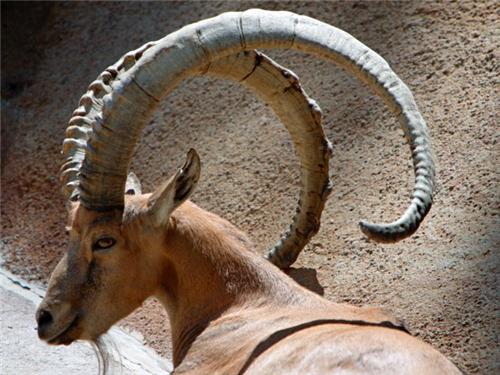 The Ibex is found in the fierce terrain of Ladakh and it has the capacity the maneuver its way swiftly through the ferocious rocks and craggy landscape. Visiting tourists can see the Ibex moving around in big groups as they are the most common animal of Ladakh.

lso known as Blue sheep, this is also a very common animal belonging to Ladakh. The sheep is so names because of the peculiar blue tinge of its woolen coat.

This is highly endangered species of sheep or shapo which is only founding areas of Ladakh which are lower in elevation. Only 1000 of such sheep now remain in Ladakh.

This Nyan is also known as Tibetan Argali sheep and it’s a cousin of the Marco Polo sheep of Pamir valley. This is also an endangered animal and only 500 such sheep remain in the world with a couple of hundred in Ladakh. This type of sheep has long curved horns and is impressive looking.

This is another rare animal and it belongs to the family of deer. The alternative name for Tibetan Gazelle is Musk Deer and is found near the border of Tibet. This deer emits a strong fragrant smell which is instantly recognizable.

The Tibetan Antelope was formerly seen in groups of thousands in Ladakh region but now its population has become relatively numbered. Sadly the antelope has been hunted mercilessly for its fine wool which has to pulled out by hand. This wool is very expensive and is known as Shantoosh. This wool is made into a shawl which is regarded as something akin to status symbol. Currently most developed Governments of the world have declared owning a Shantoosh illegal.

The Tibetan Wild Ass is very reclusive and are generally visible only in the REA NEAR Changthang. There are only 1500 Tibetan Wild Ass now in existence so the government of Ladakh is taking strict steps to ensure the safe existence of this animal.

Don’t think that the deceptively peaceful terrain of Ladakh houses only gentle grass eating mammals. There are many ferocious meat eaters here and the leader is the stunningly beautiful Snow Leopard. 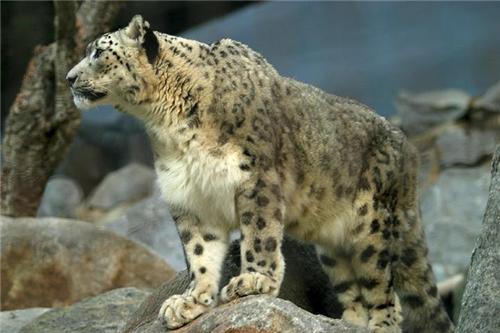 This magnificent animal is also known as Shan. It lives at an elevation of 2000 m to 5400 m. These animals are very shy and elusive. Because of their beautiful white coloring they are often indistinguishable from the surrounding snowy peaks and icy terrain. Only 200 Snow leopards are left in Ladakh and it’s more common for a tourist to spot its foot prints than the actual animal.

Another snow cat, the Ladakh Lynx is even rarer than the Snow Leopard. The Lynx has a mixed coloring with golden brown, chocolate and black featuring brightly in its warm coat. The Lynx always perches on the branches of tree tops.

This looks exactly like a house cat but it’s fiercer, prettier and has a more luxuriant coat. This is not as docile as a house cat and is armed with curved sharp nails.
Brown Bear: Only 100 Tibetan Brown Bears remain in Ladakh and they are mostly found in area around Suru Valley.

This animal is found in the cold desert of Ladakh where it burrows a hole in the sand and hides itself. The Tibetan Sand Fox has been persecuted for centuries for its hide and is now entering the list of endangered animals.

This Fox has a long bushy tail with a luxuriant coat and a stronger structure than the Sand Fox. They are also more in number and they feed on small rabbits and marmots available in the region.