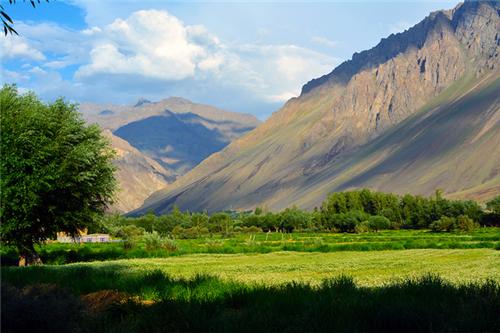 This valley in Ladakh has an elevation ranging from 7000 m above sea level to 3500 m above sea level. By nature it’s one of the remotest valleys of India and had largely remained veiled till 1994. It was only in 1995 that tourism activities began to happen in Zanskar.

The Mountains of Zanskar

The structural formation of the Zanskar Valley presents a lot of interesting points. Its positioning is unique as it forms a triple armed valley system which is situated between the Majestic Himalayas and the Zanskar Mountain. The three arms of the radiate in a star shaped formation towards the Southern, Northern and Western direction. The drained water from two important water systems combines to form the Zanskar River. The Valley of Zanskar is home to roughly 10,000 people and almost all of them are Buddhists. This makes the 5000 square km Valley one of the most sparsely populated valleys in India. There are many high rise peaks and abysmal gorges near the Zanskar Valley which give the area a majestic beauty. The Zanskar Valley suffers from heavy snowfall 8 months in a year and all the passes including Penzela Pass remain close. 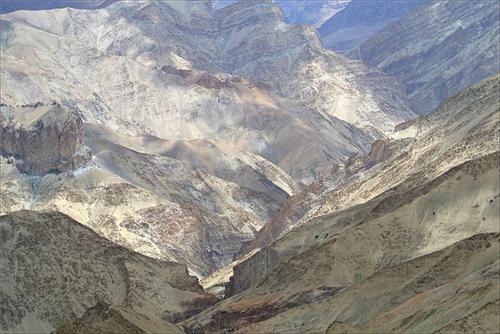 Zanskar is loved by ecologists and nature lovers as it is a microcosm which has not been much touched by the vagaries of mankind. This Valley is also referred to as a cultural satellite. There are lots of unknown yet exquisitely beautiful Monasteries nestling amidst the craggy geography of the Zanskar Valley. These religious foundations or Monasteries have evolved from caves in which famous Buddhist saints have lived and meditated on the mysteries of Universe.

The only people who roamed about in the Zanskar Valley before proper village settlements developed there were the nomadic shepherd community of Khapas who originated from Tibet. The famous Buddhist sage Naropa chose the Zanskar Valley for meditation as it was so peaceful and untouched by humans. Ringchen Brangpo who was a famous scholar also wandered along the entire expanse of Zanskar Valley to select sites for the 108 Monasteries that were subsequently built with royal patronage in the Western Himalayan Ranges.

Coso De Koros who was a noted explorer from Hungary was one of the first people to ever visit Zanskar Valley. He was so mesmerized by the serene untouched tranquility of the place that he settled down and lived in Phughthall Monastery for nearly one year and spent his time translating rare Buddhist texts from Ladakhi to English. The name of Coso De Koros is still inscribed in the Monastery of Phughthal. 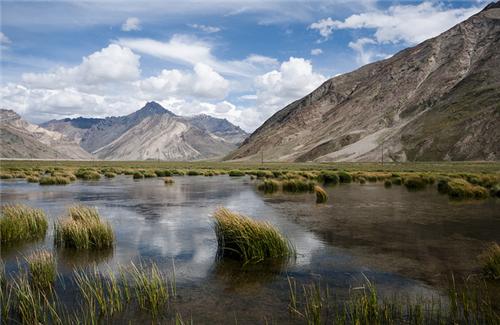 Dogra Invasion happened in Zanskar Valley in 1834 when Dogra leader Zorawar Singh took his army over Umasi La in the planned conquest of Ladakh. The invasion reduced the status of royal families of Zangla and Padum. A new Dogra fort was established in village of Pipiting. The Ladakh invasion was only possible because Zorawar Singh had the help of local guides ‘(who were rewarded very handsomely) who could guide him across the crevices of Zanskar Valley. The Dogra conquest was recorded clearly by Thomas Thomson who was a prominent member of East India Company’s Boundary Commission.

There are many attractions of Zanskar Valley which now command the interest of nature lovers and geography enthusiasists. Panikhar which is right there on the border of the Suru Valley is a place which is quite important in the tourist ternary. Right between Sankoo and Panikhar there is a high pass and a smallish sized valley which is about 42 km from the strategic army point of Kargil. The general Zorawar Singh and his entourage seeped inside Ladakh from the Suru Pass. 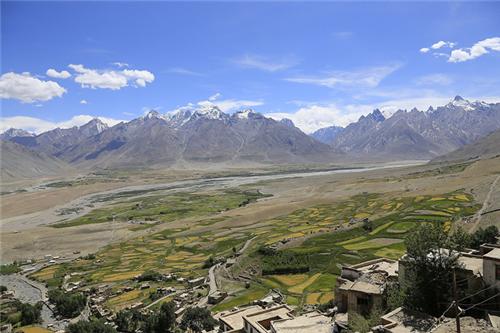 The Pass of Panzella is at an elevation of more than 4200 m above sea level. The Panzella Pass separates Zanskar from the Valley of Suru and other parts of Ladakh. Huge camping grounds lie on both sides of the valley which are full of lush greenery and vibrant foliage. The Fauna of Zanskar Valley is also very unique as the Zanskar breed of ponies is only found in this place. Marmots live here in small burrows and they rise out of their abode only in summer when the ice melts to a certain extent. The brown bear is also a typical example of the unique fauna of Zanskar.

A big stretch of land which is crossed by several streams and rivers lies on the side of Zanskar Valley. The Zanskar Valley becomes thick with greenery and vegetation in summer.

Where to stay in Zanskar Valley

Karsha is a settlement which lies in the valley of Zanskar across the river from the area of Padam. One of the very few schools, dispensaries and market in Zanskar Valley lies in Karsha. There is a tourist complex in Padam which has lots of furnished rooms and a fixed catering arrangement while there are camping places arranged at many points in Zanskar Valley. There are lots of villages like Sani, Stongdey and Zangla where villagers offer basic accommodation in exchange of facilities like cash or other gifts. There are also monasteries which offer accommodation and basic vegetarian food to tourists.

There is a newly opened motor able road which has opened from Kargil to Pentse La. The Padum Trek route is a famous trek route which is determined by the weather conditions. Usually trekking activity happens only between the months of July to October. 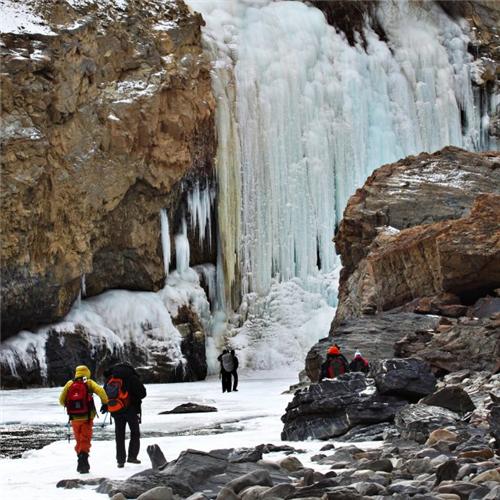 There is another trek which starts from Panikahar or Rangdum over the spot called Pentse La. This trek is popularly used by tourists in May. It’s also advisable to find out the currents and river conditions of Zanskar Valley before planning a trek there.